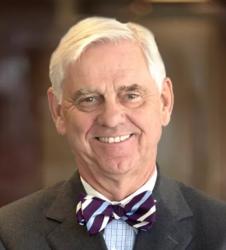 Mr. Newbould was appointed to the Ontario Superior Court of Justice in 2006. Until his retirement on June 1, 2017, he was from 2013 the head of the Commercial List in Toronto, the country’s leading commercial court tasked with hearing a wide variety of complex cases including domestic and cross-border insolvency matters, corporate amalgamations and reorganizations, proceedings for relief under business corporation legislation, and oppression actions.  In 2014, he presided over the first cross-border joint trial with the Delaware Bankruptcy Court in the Nortel insolvency litigation involving the allocation of $7.3 billion.

Prior to his appointment to the bench, Mr. Newbould was a partner at Borden Ladner Gervais in Toronto with a broad litigation and arbitration practice involving corporate and commercial disputes, banking and insolvency matters, class actions, re-insurance disputes, real estate and estate matters.​

As a judge of the Superior Court of Ontario, Justice Newbould released a large number   of reported decisions. The following is a short sample of his decisions.  ​​


Website: Not listed.
Frank Newbould has not posted any articles.